With family stories leading the way, inherited photos sprinkled throughout, and cover art designed by her cousin, “Power in the Tongue” (Tolsun Books), really is a family affair.

Caitlyn Hunter is the repository and the spillway of her family’s intergenerational love, trauma and legend. In Hunter’s new book, she sets the tone early, letting the reader know that they are in strong hands, as she guides you into a land that is bitter and sweet, full of fancy and magic realism and hard truths.

“Our story, my story, isn’t linear. Black stories shouldn’t be reduced to one static formula. They ebb and flow between rhythm and blues. We’re all just making it up as we go along,” Hunter writes in her introduction.

There are stories of a boy who outwits the devil in a go-cart race and a bear who dresses as a human to trick a woman into marrying him; there are talking mosquitoes and a wedding feast which is magically multiplied through the generosity of the Black woman preparing the food.  One of the chapters is a fresh telling of the legend of John Henry through her grandfather, Archie ‘Bird’ Coles. The man who worked in the steel mill for 40 years before becoming an artist was one of the most important relationships in Hunter’s life, and the reader can feel his spirit all through the book.

Writing the family stories into something new was one part of this process. The other was writing her own lived experiences as a Black woman, an undertaking that hasn’t always been easy. She was told by classmates that her writing wasn’t authentically “Black enough.”

“That’s something that I really struggled with when I was told that — what does it mean to be Black? What are the markers of Blackness? And how does that come up in literature? It sat with me for a long time. I just didn’t even bother writing,” said Hunter.

There is, she feels, this notion in white spaces that the Black experience is monolithic and that, beyond the inaccuracy of that idea, it quiets all of the nuance and multiplicity of Black life.

“I loved all of these things that were labeled white. I love Star Wars. I love the Beatles,” Hunter said. She even named her dog Rigby, after “Eleanor Rigby.”

Being told that her writing wasn’t Black enough, whatever that means, was really traumatic. However, with this book, she addresses it head on in a number of chapters as she writes about visiting a plantation on a childhood school trip, on learning to love her Black hair, and of being pulled over by the police on the highway.

Hunter grew up in southern Maryland, but much of her family was in Pittsburgh and she spent holidays here, plus any weekend when her mom had the energy to make the drive. She moved to Pittsburgh as an adult, about eight years ago. When she writes, “Magic in those hills. Old magic,” it’s hard not to think of another Pittsburgh writer, Annie Dillard, writing, “But the mountains are home.”

As with all Western Pennsylvania families, the setting was far from pastoral and Hunter’s fables and folktales are grounded in the soot and din and racket of Pittsburgh’s steel towns. Hunter recalled walking through Hazelwood with her great-grandfather. She was just about four years old and they sat down on a bench. A magpie alighted next to them.

“My grandpa was just completely enthralled and I remember that he called him brother,” said Hunter.

Years later, as she was just beginning to write “Power in the Tongue,” she was hiking in Racoon Creek State Park. With Rigby, of course. 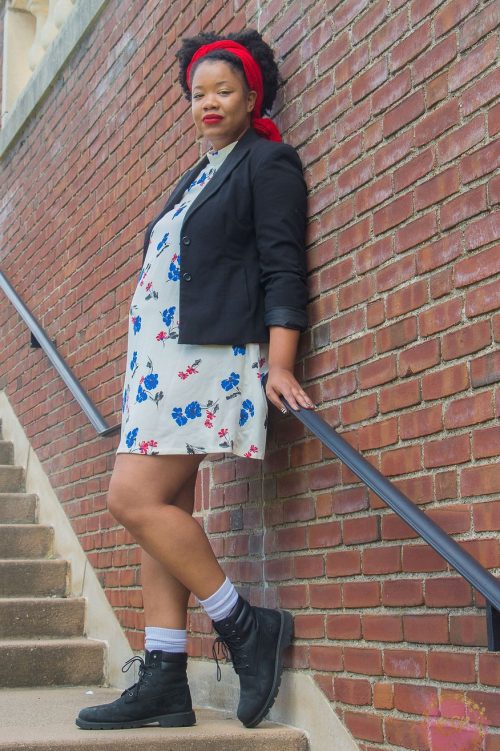 “I was sitting there writing in my journal and this magpie came out of nowhere and just sat on the rock. So I started writing about it,” Hunter said.

From the cover art to the stories throughout, magpies are all over this book. And like the magpie, Hunter uses her own wit and gift for illusion in her writing. She writes of a Homestead magpie named Charlie, who flies through the black smoke, along cindery hillsides, and over the dredged Monongahela river.

Each family fable is paired with a personal essay and they sit in conversation, or maybe deep communion, with each other. By sculpting and reimagining the family stories, blending the family lore with her own experiences, Hunter has created something new and sparkling and hard.

Hunter’s frequent visits with her great Aunt Bert helped her on this journey as Aunt Bert told her the family stories, which Hunter took in like intravenous medicine. Many of those family stories revolved around cooking and food.

Hunter said, “Branches of my mother’s family have these recipes that they just safeguard and they trade them like Pokemon cards.”

When she writes, “Black folks talk about the magic of Gillie Coles’ cauldron,” she’s writing about more than food — there is magic in Coles’ cooking, the alchemy of her love and compassion. But the writing is also about Hunter’s own cooking and how, as with so many things in the Black American experience, it is both nourishing and heartbreaking. Black women were forced to cook for white people while simultaneously sustaining their own families and communities by laboring over hot stoves. 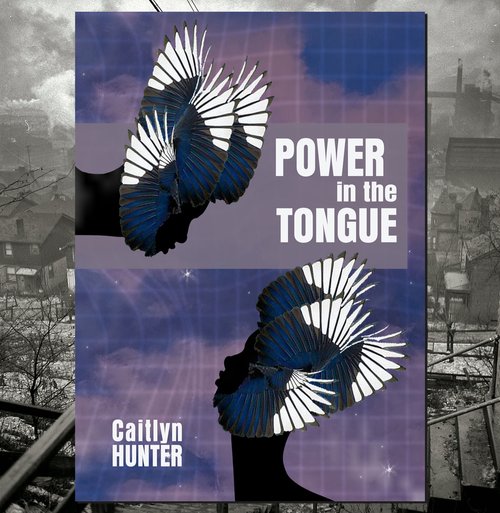 Caitlyn Hunter will read at White Whale Books on Wednesday, June 22nd at 7:00